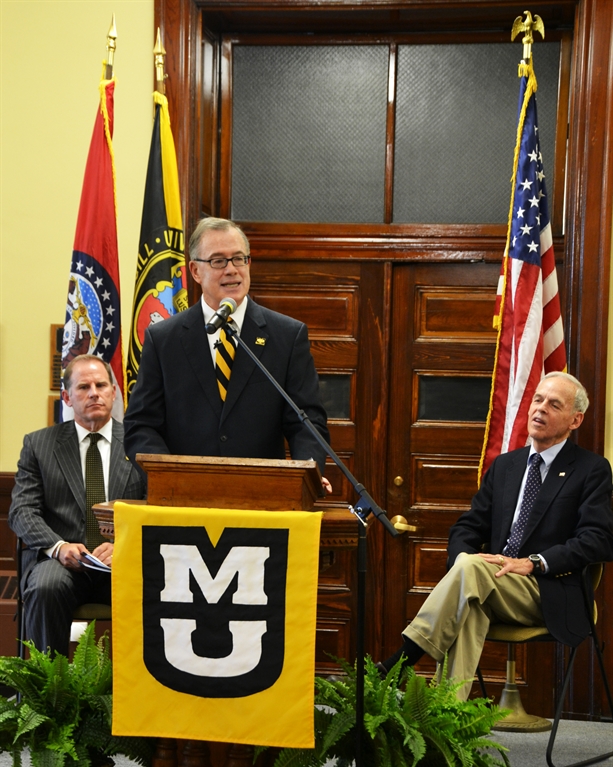 University of Missouri Chancellor Brady J. Deaton has announced that he will retire from the position of MU chancellor, effective Nov. 15, 2013. The son of a Kentucky farm family who glimpsed the outside world through 4-H, Deaton is the 21st chief executive officer of MU. He will continue to serve the University as chancellor emeritus with a focus on the university’s role in international development.

“I am extraordinarily honored and privileged to have led the University of Missouri through the last nine years of exciting, eventful and rewarding times,” Deaton said. “Any success attributed to my leadership is due to the wonderful support of my family; the skilled and dedicated work of my staff; the unmitigated, common commitment of deans and faculty to providing a world class education to our students; and the amazing spirit of our alumni.”

“Throughout my time as president, Dr. Deaton has been a trusted advisor and an effective advocate for the University,” UM System President Tim Wolfe said. “His knowledge of the University and passion for our mission as the state’s premier land-grant, public research institution is unmatched. Finding a leader with the academic background and leadership prowess exhibited by Dr. Deaton will be our top priority.”

Deaton became chancellor of MU on Oct. 4, 2004, bringing more than 30 years of experience in public higher education, an international perspective and a record of national leadership to the position.